25 years ago, a van that would go on to lend its name to a vehicle range with more than 1 000 variants launched on the market. Today, four million sales later (in 130 countries), the Sprinter still enjoys much acclaim

Replacing the Mercedes-Benz T1 series, the Sprinter was available as models 208 D / 308 D, 212 D / 312 D and 214 / 314. These were powered by diesel engines OM 601 D 23 and OM 602 DE 29 LA as well as the four-cylinder petrol engine M 111 E 23. The OM 602 was a turbocharged 2.9-litre five-cylinder engine with direct injection and an intercooler, which delivered 90 kW of power. While this power output won’t get any modern petrolhead’s jaw to drop, the 90 kW caused quite a stir when the Sprinter made its debut on January 23, 1995. The T1’s successor also set standards with regards to safety, efficiency and comfort with its front and rear wheel disk brakes, anti-lock braking system and automatic brake differential, a more aerodynamic body and low fuel consumption. From the outset, the new van positioned itself as truly multitalented. The design variants included a chassis cab, a platform truck or tipper vehicle, each with a crewcab or single cab, the cargo van as well as the estate with five or nine seats, each with a flat or high roof. Wheelbases of 3 000, 3 350 and 4 025 mm were available. The permissible gross weights were initially 2 590, 2 800 or 3 500 kg. At the Paris commercial vehicle show “Mondial du Transport Routier”, in September 1995, the Sprinter premiered with an increased permissible gross weight of 4 600 kg. The 4.6-tonne 408 D, 412 D and 414 with double tyres on the rear axle meant the weight class previously reserved for Mercedes-Benz large transporters was now also available in the more compact Sprinter. The Sprinter not only proved its abilities in logistics, but also in many other areas of application. These included use on building sites and in trade, in municipal services and in passenger transportation, as well as for fire and emergency services. In the past 25 years the van has also cut a fine figure as a camper van and as the basis for many different special bodies.

Over 1,3 million Sprinter sales and several facelifts later, in 2006 Mercedes-Benz presented a comprehensive further development: whilst there had previously already been a very broad range of variants, customers were now able to access a tailor-made solution for practically any requirement. The bodybuilders’ portal, which provides all the information required for realising customer requests, also played a key role. With an efficient drivetrain and numerous innovations, the further-developed Sprinter from 2013 again delivered new milestones for this transporter. This included an efficiency package with ECO steering assistance pump, the ECO start/ stop function and a long rear-axle ratio. Thanks to the latest engine technology, the Sprinter was the first van ever to meet the Euro VI exhaust emissions standard. The third Sprinter generation offers more than 1 000 different versions that can be configured from the possible bodies, chassis, drive concepts, tonnages and equipment details. As of 2018 there is also more choice with regard to the engine thanks to the front-wheel drive available for the first time and two transmissions developed for it, as well as a ninespeed automatic transmission with converter. Last year saw the introduction of the eSprinter internationally (it's not yet available in South Africa). Its electric front-wheel drive has an output of up to 85 kW with a torque of up to 295 Nm. With a usable battery capacity of 47 kWh, its range is 168 km with a maximum payload of 891 kg. “The Mercedes-Benz Sprinter is a pioneering and iconic vehicle in South Africa that has dominated the hearts of customers, routes and the market for over a quarter of a century,” notes Nadia Trimmel, vice-president of Mercedes-Benz Vans South Africa. “The Sprinter is synonymous with reliability, durability and versatility allowing it to operate as a people carrier, panel van, mobile home, business on wheels or freight carrier – its options are really endless 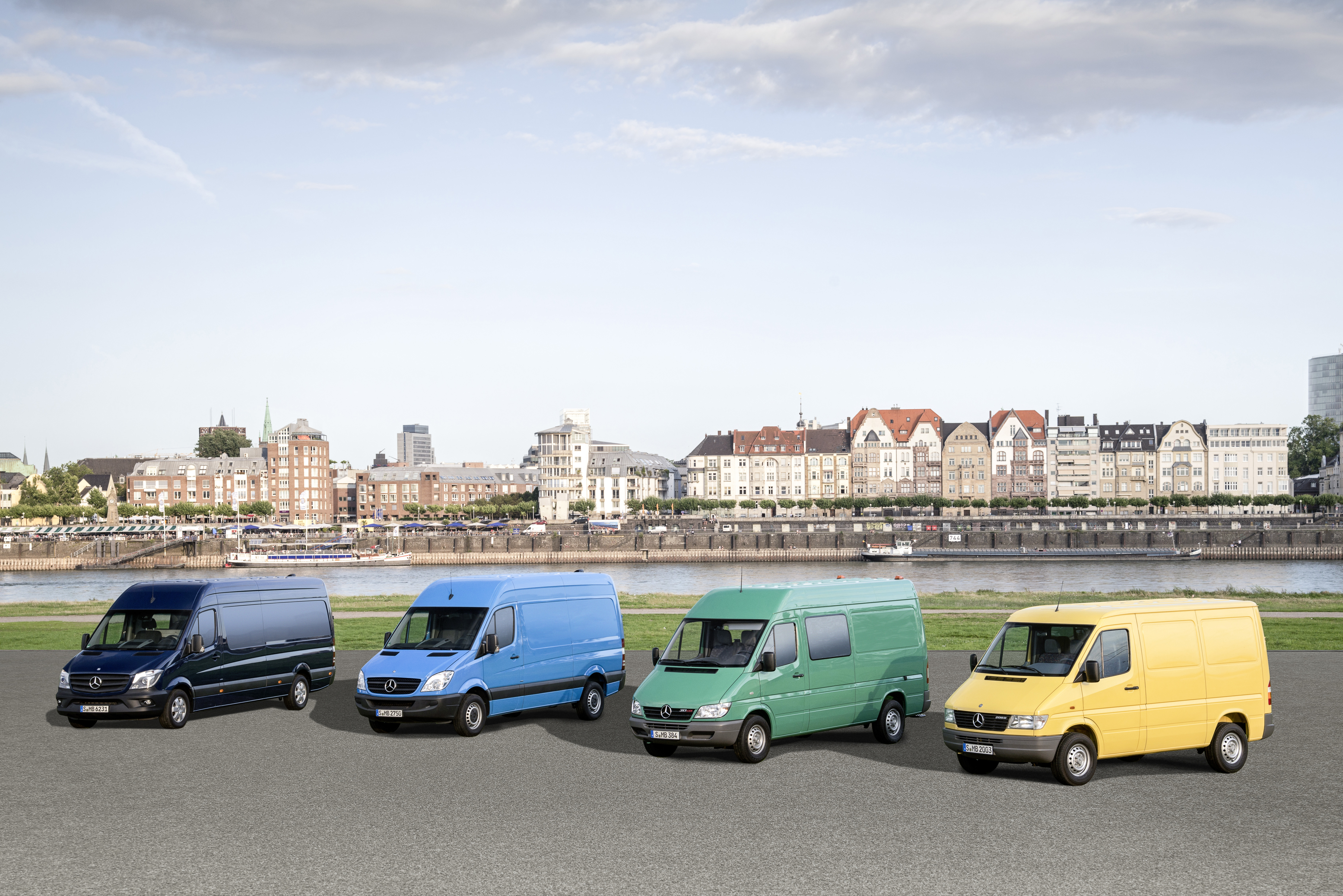 The sprinter over the years 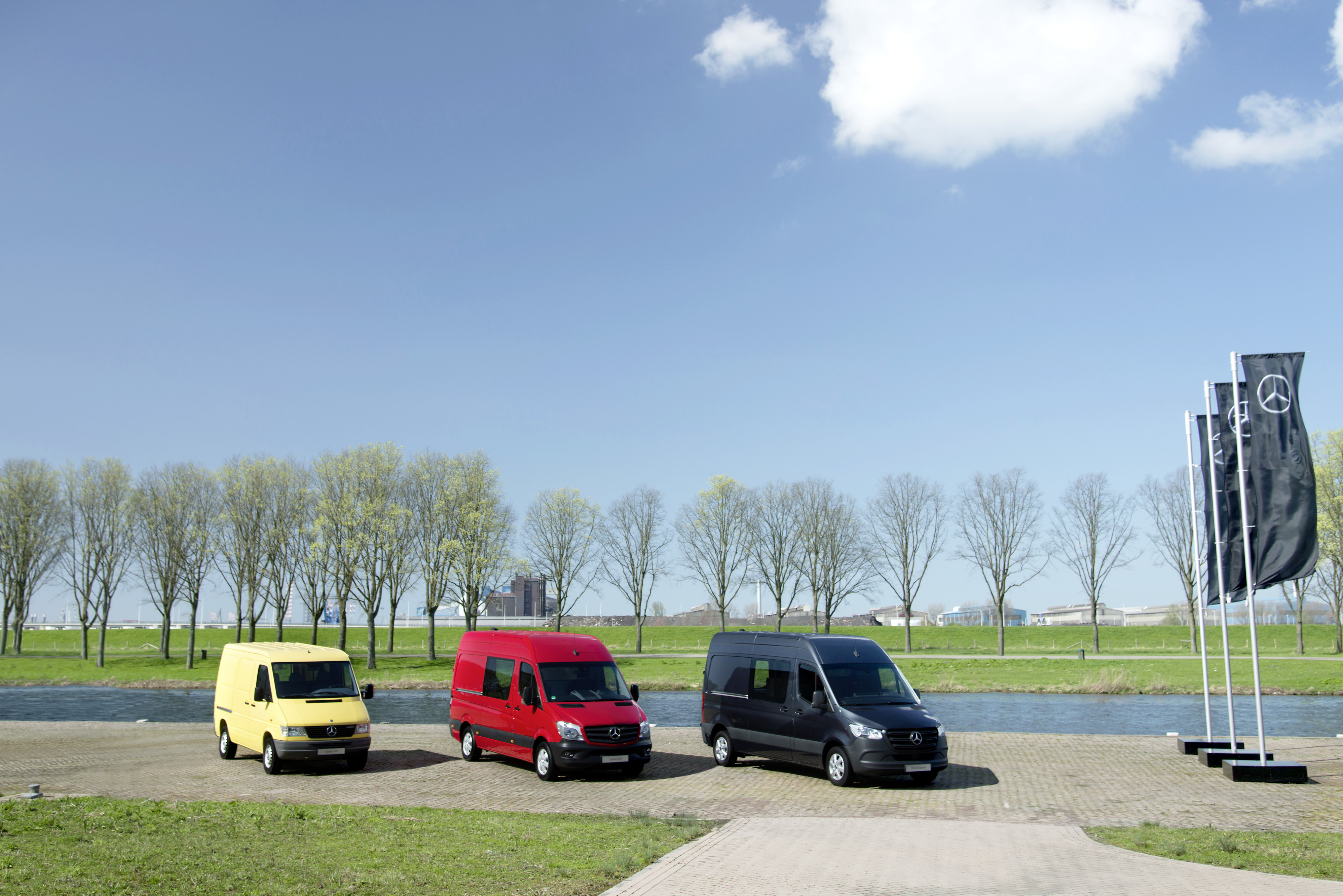